The ORS, in partnership with Guidehouse, will host a webinar for ARPA SLFRF Broadband Grant applicants on Thursday, December 8, 2022. | Learn More & Register

The South Carolina State Library announced the selection of the most notable South Carolina State Documents of 2020. Government documents come in a variety of formats, and winning categories include state agency monographs, serials, and websites or apps. Winners of the South Carolina Notable State Documents awards are announced in honor of Freedom of Information Day, which occurs annually on March 16. These noteworthy awards call attention to the most informative documents released by state agencies in 2020. The Energy Office’s Saving Energy: 2020: How Electric and Natural Gas Utilities in South Carolina are Using Demand-Side Management was recognized for an award in the “Serials” category.

An awards ceremony was held on April 28, 2021 to recognize winners. A recording of the ceremony is available online. 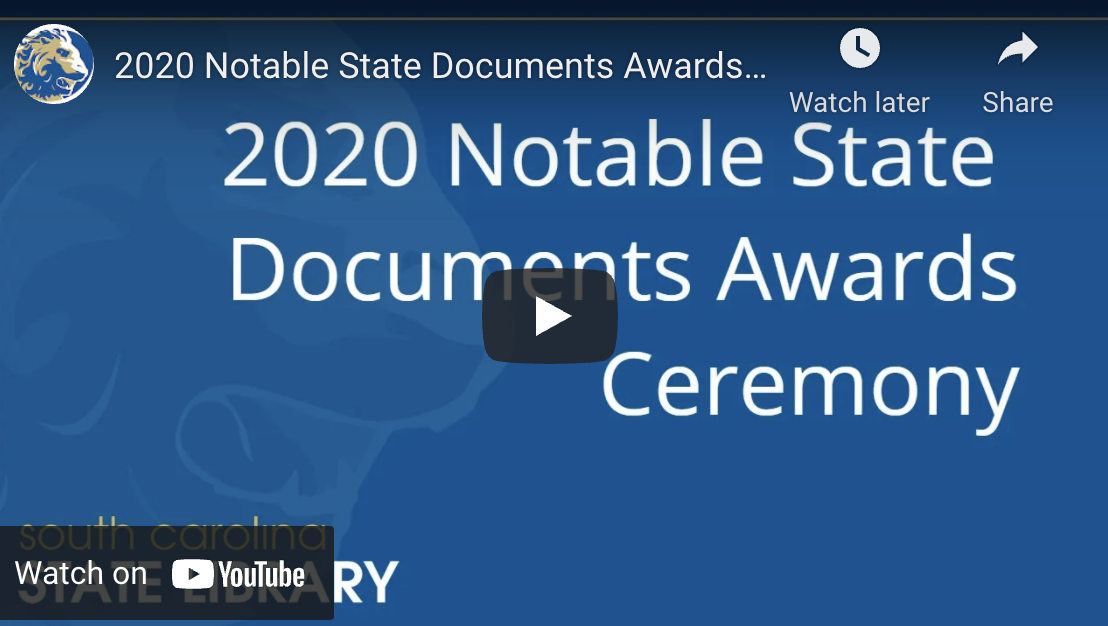 Nominations for the Notable State Documents Awards were submitted throughout the year, with final candidates being judged by a panel of librarians and state employees. Candidates were judged based on their designs, writing styles, and breadth of information.

More information on the Notable State Documents Awards can be found on the South Carolina State Library website. View the Energy Office’s winning 2020 report as well as previous years’ iterations on the Energy Office website.